Part 5 of 8 of a Series on the Morrill Tariff

The passage of the 1828 Tariff resulted in the defeat of John Quincy Adams in the 1828 presidential election by Andrew Jackson of Tennessee, who opposed the Tariff.

His Vice President, John C. Calhoun of South Carolina, had become a relentless opponent of protective tariffs, and was one of strongest advocates for States Rights in the nation. Calhoun was a brilliant intellectual, elegant speaker, and consummate political organizer. Jackson, a fellow Southerner, had similar views but was not as committed to expeditious correction of the evils perpetrated by the tariff.

Understandably, Jackson believed that materials important to military defense should be protected. But he also believed that the tariff should not be reduced until the national debt was paid off. This thinking must have alarmed Calhoun, since Southern States paid most of the tariff revenues, while the Northern States received a disproportionate share of the benefits to spend on Northern “internal improvements.”

This meant that the South would be called upon to pay off most of a national debt caused by over expenditures on mostly Northern internal improvements—an outrageous injustice. U.S. tariff policy debates—arguing free trade and low tariffs versus protectionism and high tariffs—thus remained heated.

A generation later, Henry C. Carey, the chief economist for Abraham Lincoln, described the 1828 Tariff as “admirable” and ascribed to it the supposed prosperity of the years of its enforcement. However, as Taussig cautioned in his 1888 book, The Tariff History of the United States, it is difficult to measure the economic impact of tariffs in operation less than four years. There are many other causes of economic movement and inventory changes going on in any given year besides tariffs. These may mask the impact of tariff changes. No one can really trace the impact of the 1828 Tariff. However, South Carolina export values were over 30 percent lower during the eight high-tariff years between 1825 and 1833, before they resumed an upward climb during years of lower tariff rates. In any case, the Tariff of Abominations was regarded with indignation throughout the South, but especially in hard-hit South Carolina.37

Carey, who was State Chairman of the Pennsylvania Republican Party during the 1860 election, promoted the “American System” of developmental capitalism and government intervention and was an important contributor in drafting the Morrill Tariff, which reached the House Ways and Means Committee in 1858. In a series of letters to Speaker of the House Schuyler Colfax published in March 1865, he advocated the continuance of Lincoln’s Greenbacks policy of issuing debt-free, government-issued money as a way of freeing the U.S. economy from British influence and dominance. This inflationary policy of fiat currency had to be reversed by the Coinage Act of 1873, which put America on the gold standard. He also recommended raising the reserve requirement for private banks to 50 percent in order to promote national banking. Lincoln’s chief economist’s letter to Speaker Colfax was very revealing about the real primary cause of the Civil War that cost at least 800,000 lives:

“To British Free-trade it is, as I have shown, that we stand indebted for the present Civil War.”38

To Carey’s credit, he did not falsely characterize the war as a moral crusade to end slavery. That demagogic myth had not yet been fully developed. A more astute and honest admission, however, would have been that the “American System” of protectionist tariffs, and especially the Morrill Tariff—a product of his own hand and influence—had brought forth one of the greatest calamities of American history.

In December 1828, Calhoun began an anonymous dissertation entitled “South Carolina Exposition and Protest,” addressing the States Rights issues raised by sectionalism and protective tariffs. This 35,000-word exposition focused on Constitutional remedies. One of his main points was that in a constitutional republic, power must not be allowed to define its own limits, otherwise growing tyranny is inevitable. Calhoun thought and wrote in terms of tough-minded realism:

“Universal experience, in all ages and countries, however, teaches that power can only be restrained by power, and not by reason and justice; and that all restrictions on authority, unsustained by an equal antagonistic power, must forever prove wholly inefficient in practice.”39

A strong system of States Rights is thus a considerably more reliable bulwark against despotism than the mere separation of Federal executive, judicial, and legislative powers. In addition, decentralization of governing powers is in itself a substantial obstacle to would-be tyrants.

There are historical and Christian traditions and precedents going back to the English Magna Carta in 1215 that call for the “interposition” of civil magistrates against unlawful decrees and usurpations by rulers. In fact, these traditions provided much of the rationale for the American Revolution. Moreover, the War for Southern Independence was fought for very similar reasons. Unjust taxes and mercantilist trade abuses were strong factors in both cases.

The application of the doctrine of interposition was first called “nullification” by Thomas Jefferson in the Virginia and Kentucky Resolutions of 1798 as a response to President John Adams’ despotic Alien and Sedition Acts. Briefly formulated, nullification means that state magistrates have the right and duty to intervene against the Federal Government to protect their people from unlawful or unconstitutional acts or intervention. It is closely tied to the concept of States Rights. Following the passage of the 1832 Tariff, Calhoun’s remedy of nullification was widely published. While the ultimate right of secession is strongly implied (and protected) by the Tenth Amendment, Calhoun meant nullification to be a first-step mechanism by which the states could hold the Federal Government accountable to the Constitution.

In 1830, President Andrew Jackson, through Senator Benton of Missouri, arranged for an elaborate Democratic Party dinner to celebrate on April 13 the birthday of Thomas Jefferson and the Jeffersonian principles of the new Democratic Party. This was held at Brown’s Indian Queen Hotel in Washington. Political tension was increasing because of the effects of the substantial and controversial tariff increases that had been passed in 1828.

As Vice President, Calhoun had continued to be one of the leading spokesmen against the “Tariff of Abominations.” He, along with many Southern leaders, believed that the tariff of 1828 was unconstitutional because it subsidized one branch of industry, manufacturing, at the expense of commerce and agriculture. Calhoun maintained that a tariff should not tax one section of the economy or one region of the country for the benefit of another. He also believed that a tax on all the people should not be levied for the exclusive enrichment of only a part of the people. There was already talk in the South Carolina legislature of nullification—refusing to comply with such an unconstitutional, unfair, and damaging law. There was even talk of secession.

Senator Robert Hayne of South Carolina was to be the speaker that evening. After his remarks would come both voluntary and special toasts. Besides unifying the Party, Jackson looked upon the toasts as an opportunity for him to promote national and Democratic Party unity and to indicate his displeasure with any talk of nullification.

Senator Hayne spoke, denouncing the tariff but avoiding any mention of nullification. But when the voluntary toasts began, they took on an increasingly anti-tariff tenor, and the Pennsylvania delegation walked out.

When it came time for the special toasts, the tension was high. President Jackson rose, holding his glass before him. Rather than sweeping his eyes across the audience, he stared sternly at Calhoun alone and said,

“Our Union, it must be preserved.”

The Vice President was next to give his toast. The room was deadly quiet, the tension building even higher. Slowly Calhoun stood, lifted his glass, and in a firm voice directly addressed the President:

“The Union, next to our liberty, most dear.”

He paused for a moment, and then to make his point unmistakably clear, he continued,

“May we all remember that it can only be preserved by respecting the rights of the states and by distributing equally the benefits and burdens of the Union.”40

We may draw a lesson from this famous drama. union, or unity, is a beneficial condition of like-minded men, but it is not a condition so beneficial that it outweighs every other condition, principle, or virtue. Unity by no means outweighs considerations of liberty, truth, honor, justice, high moral principle, or spiritual fidelity. It cannot outweigh essential human dignities and unalienable rights. If unity does not serve mutual benefit, virtue, and principle, its value is nullified. Furthermore, real unity cannot be coerced. Union forced at the point of a bayonet is tyranny and the enemy of liberty and all its virtues and blessings.

Henry Clay and His American System 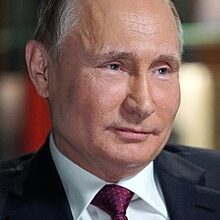 Lessons from the Civil War 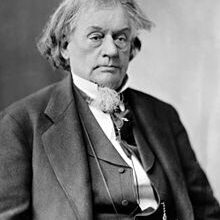 The Tariff Road to Secession and War 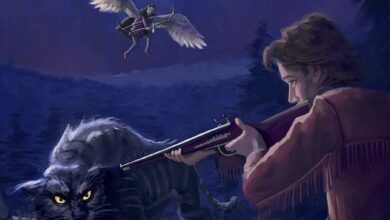 On Becoming a Political Advertiser