Most Americans believe that the U.S. “Civil War” was just about slavery. They have to an enormous degree been misinformed. Since the early 1960s, powerful academic and political interests have been straining every nerve to sustain the myth that the war was a glorious moral crusade against slavery.

How to handle the multi-faceted problem of slavery was often a divisive issue but not in the overly-simplified moral sense that lives in postwar and modern propaganda. Had there been no Morrill Tariff, the major cotton-exporting states would not have been so strongly compelled to secede, and there might never have been a war.

Recent scholarship now estimates that the total of military deaths during the Civil War was over 750,000 and that 130,000 civilian deaths, including 80,000 displaced Southern slaves who died of malnutrition and disease following Emancipation and the collapse of the Southern economy, brought the total loss of lives to over 880,000.

In addition, over 40 percent of Southern property was destroyed, and many millions were impoverished for generations. Without the Morrill Tariff, this terrible bloodshed and calamity might never have been.
Two days before Lincoln’s election in November of 1860, the Charleston Mercury editorialized:
“The real causes of dissatisfaction in the South with the North, are in the unjust taxation and expenditure of the taxes by the Government of the United States, and in the revolution the North has effected in this government, from a confederated republic, to a national sectional despotism.”

Writing from London in 1861, a political analyst favoring the Northern cause (Karl Marx), summarized what the major British newspapers were saying:
“The war between the North and South is a tariff war. The war, is further, not for any principle, does not touch the question of slavery, and in fact turns on the Northern lust for power.”

Beloved British author, Charles Dickens, also wrote in a London periodical:
“The Northern onslaught upon slavery is no more than a piece of specious humbug designed to conceal its desire for economic control of the Southern states.”

British political analyst John Spence, writing in 1862, explained,
“The [7] cotton States had indeed seceded… but why? Because, as we have seen, political power had passed into the hands of the North, and they anticipated from the change, an utter disregard of their interests, and a course of policy opposed to the spirit of the Constitution, and to their rights under it. Was it possible to offer to the world more prompt or convincing proof than this tariff affords, that their apprehensions were well founded?”
Four more Southern states seceded following Lincoln’s April 15, 1861, call for state governors to supply 75,000 volunteers to put secession down.

Appalled at the sectionalist greed and enormous unfair burdens the Tariff placed on the South, Spence’s censure was bare-knuckled:
“It would be difficult to contrive more ingenious machinery for dealing injustice, restricting commerce, perplexing merchants, creating disputes, inviting chicanery, or driving officers of the customs to despair.”
Five years after the Civil War, Lyander Spooner, New England lawyer and abolitionist, lamented:
“All these cries of having abolished slavery, of having saved the country, of having preserved the union, of establishing a government of consent, and of maintaining the national honor are all gross, shameless, transparent cheats—so transparent that they ought to deceive no one.”

The Morrill Tariff, named for Justin Morrill, Vermont Republican and steel manufacturer, was a shamelessly partisan protectionist tax bill submitted to the House Ways and Means Committee during the 35th Congress in 1858. The object of its astonishing 67 percent increase in import tariff burdens was to allow protected U.S. industries to raise their prices and enjoy the resulting benefit of substantially increased profits without significant price competition from abroad. This tariff was so unjust in its impact on consumers, agricultural interests, exporters, and especially the Southern cotton-producing states, that it became a major provocation and economic incentive to Southern secession, when it finally passed the House on May 10, 1860. Lincoln campaigned for the Morrill Tariff, and the Senate passed it two days before Lincoln’s inauguration. In his inaugural address, he promised to enforce it.

In 1860, there was no Federal income tax in the United States. Approximately 95 percent of all Federal government revenues came from tariffs on imported goods. Land sales accounted for most of the rest. Tariffs, collected at entry ports, had the advantage of being easier to collect than individual income or property taxes. Their disadvantage to cost-effective government, however, was that they were a largely invisible tax burden on a largely unwary electorate.

The Morrill Tariff raised the average dutiable ad valorem tax on imports from just under 20 percent in 1860, regulated by the low-tariff 1857 Act, to an average of over 36 percent in 1862, with dutiable rates scheduled to go to 47 percent within three years. Because some import items are needed by protected industries, they are often exempted or non-dutiable, so the overall average tariff in 1860 was less than 16 percent, but the Morrill Tariff increased it by 67 percent to an average overall rate of over 26 percent by 1862.

In 1860, the South accounted for almost 82 percent of U.S. export business. Over 58 percent was from cotton alone. The South was largely dependent, however, on Europe or the North for the manufactured goods needed for both agricultural production and consumers. U.S. tariff revenues already fell disproportionately on the South, accounting for over 83 percent of the total, even before the Morrill Tariff. Furthermore, the population of the South was less than half that of the North. Still more galling was that 75 to 80 percent of these tax revenues were expended on Northern public works and industrial subsidies, thus further enriching the North at the expense of the South.

Although it was remarkably reminiscent of the 1828 Tariff of Abominations, which had led in 1832 to a Constitutional crisis over South Carolina’s Nullification of both the 1828 and 1832 tariff laws, accompanied by South Carolina threats of secession and Andrew Jackson’s threats of Federal armed force, the U.S. House of Representatives passed the Morrill bill 105 to 64. Only one of 40 Southern representatives voted for it. It did not come before the Senate until February 20, 1861, after Lincoln’s election. It passed 25 to 14, with no Southern or Border State votes.

Lincoln and the Republican Party had made passing the Morrill Tariff their primary campaign issue, and Republican Congressmen voted for it 89 to 2 in the House and 24 to zero in the Senate. Excluding slavery from new territories and states (not the emancipation of slaves) was a subordinate priority to high tariffs.

Assuming that Democrat and Republican party principles in 1860 were close to what they are in 2020 is a serious historical mistake, There is little continuity between the political philosophies of the Democratic and Republican parties of the mid to late 19th Century with their modern counterparts. Democrat and “conservative” were virtual synonyms in that era. Republicans favored high protectionist import taxes, corporate subsidies, and monetary policies that many modern Republicans would strongly disavow.

While protectionist tariffs benefit selected industries or commercial interests, they punish everybody else. The higher prices charged by protected business interests are passed on to consumers whose purchasing power and standard of living are thus lowered. Their reduced purchasing power reduces demand for consumer products and negatively impacts employment demand. Businesses that must use the higher-priced protected goods also experience increased costs of production and services.

Protectionism is particularly hard on exporters. Besides their direct effect on the cost of doing business, tariffs negatively impact the exchange rate at which exports can be exchanged for products burdened with increased tariffs. In effect, not only are the exporters’ costs at home increased, but they are also likely to get less for their product on exchange. Furthermore, exporters often face retaliatory tariffs that result in lost business. The Morrill Tariff jeopardized the South’s cotton market in Europe, because the British and other European textile manufacturers could develop alternative sources of raw cotton in Brazil and India. The Confederate Constitution outlawed protective tariffs, and the Confederate Congress set a free-trade course using the more favorable 1857 U.S Tariff law as a guideline. Most dutiable rates were set at 15 percent or less.

Henry Carey, Lincoln’s Chief Economist, promoter of the “American System” of Developmental Capitalism and Government Intervention, wrote in a letter to House Speaker Schuyler Colfax in March 1865:
”To British Free-Trade it is, as I have shown, that we stand indebted for the present Civil War.”
President Woodrow Wilson, in his multi-volume History of the American People, offered this explanation as to why the issue of slavery was so exaggerated during and after the war:
“It was necessary to put the South at a moral disadvantage by transforming the contest from a war waged against states fighting for their independence into a war waged against states fighting for the maintenance and extension of slavery.”

The Presidential Campaign of 1860 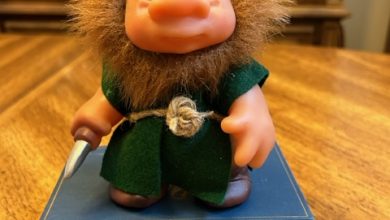 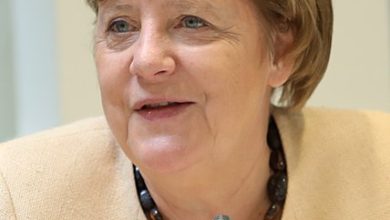 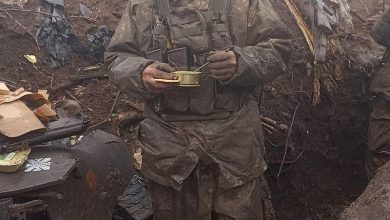