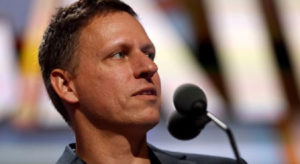 Question: Is Google effectively an agent of the People’s Republic of China?