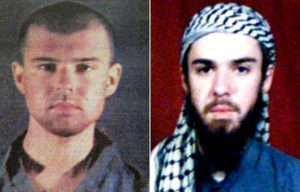 War talk at the beach is a secondary concern in Trump-obsessed D.C.