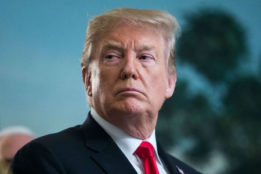 Biden Gang Corruption and its Apologists

Uncle Tom’s Cabin, the Curse of Canaan, and the Golden Rule