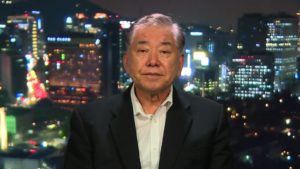 Special to WorldTribune.com By Donald Kirk President Moon Jae-In almost accidentally stepped into a battle that did not have to happen with journalists for foreign news organizations. The ruckus was all about a Korean reporter for Bloomberg who wrote in September that Moon sounded like a spokesman for Kim Jong-Un by singing the praises of […]
Tags
Donald Kirk freebeacon Moon Chung-In Moon Jae-In NE Asia North Korea Reporter in Seoul accused of 'treason' for challenging government's pro-Pyongyang statements South Korea Top Stories WorldTribune.com
Show More

Physicist: Science has no explanation for ‘the origin of the universe’