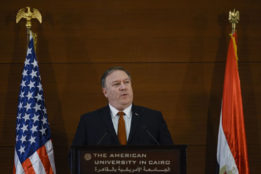 Report: Beto O’Rourke once voted to kick low income constituents out of the barrio