Boer is the Dutch/Afrikaans word for “farmer” now applied to the mainly Dutch, German, and French Huguenot early settlers in South Africa. About 2.6 million of the 4.6 million whites in South Africa consider themselves ethnic Boers.

Once a majority, but because of massive migration of Bantu tribes from western and central Africa and much higher black birthrates, the white population is down to 8.4 percent of South Africa’s 80 percent black 55 million people. Following World War II and especially since the end of Apartheid in 1994, the Boers have considered themselves and their culture under ethnic and political siege. To understand their increasingly dangerous situation, it is good to know some essential Boer history.

The Boer Republics, however, were a threat to British ambitions and dominance in South Africa. In 1877, the British were able to annex the two nearly bankrupt republics, which were temporarily helpless to resist. In 1880, however, the Boers rose in rebellion and achieved a remarkable military victory over the British at Majuba Hill.

A newly elected Liberal government in Britain granted the two Afrikaner Republics a limited, but acceptable independence. The British tolerance of two Afrikaner Republics was not to last long, however. In 1887, gold was discovered on the Witwatersrand. Thousands of foreigners, mostly English, immigrated into the Transvaal. This was allowed by the Transvaal due to lack of its own resources to develop the gold mining industry.

Within a few years of this new shock of immigration the European population of the Transvaal was roughly 50 percent British. Not willing for their hard-won independence to be undermined and revert to British control because of this mighty wave of English immigrants, the Boers denied political franchise to these newcomers.

The Orange Free State, recognizing that their existence was also threatened, allied themselves with their sister republic. The immigrant (“uitlander” in Afrikaans) franchise issue provided the British with a “righteous” excuse to undermine the two Afrikaner Republics.In 1652, the Dutch East India Company began settlement of an area near the Southern tip of Africa, the present site of Cape Town. South Africa was very sparsely settled before the Dutch came, peopled only by small, scattered tribes of Khoisan speaking Bushmen. Desiring to populate and profit from their new colony, the Dutch government began to offer free passage and incentives to attract more settlers. In this new wave of immigration, the Dutch were joined by many French Huguenots and Germans. Later they would be joined by smaller contingents of Swiss and Scots. What most of these new settlers had in common were strong Calvinist religion and a desire for freedom. After the British takeover of the Cape during the Napoleonic Wars, the Boers began migrating north into the interior frontier. After 1836, this mass-migration to the frontier and away from British rule became known as the “Great Trek.” The Boers developed into a distinct nation and spoke a highly differentiated dialect of Dutch, which they called Afrikaans. Their strong Calvinist faith and frontier experience developed in the Boers an independent and nationalist spirit highly skeptical of centralized, bureaucratic government, whether Dutch or British. Two Afrikaner Republics developed from these frontier people, the Transvaal and the Orange Free State. The Afrikaners considered themselves a distinct people and were ready to defend their republics against any threat, whether from the Bantu tribes, who had been migrating into the republics from the North, or from the British.

When Cecil Rhodes became the Governor of the Cape Colony in 1890, the British began to agitate on the franchise issue in the Boer Republics and to undermine them at every opportunity. This culminated in a conspiracy in 1896 by Rhodes and Dr. Leander Starr Jameson for a Rhodes financed cavalry force to ride into the Transvaal with 500 men and stir an “uitlander” revolt against the Boer government in the Transvaal. The conspiracy was, however, not tightly held, and the invading force, which was composed predominantly of Rhodesian policemen, was met by the Boers and quickly defeated and captured.

This was a considerable embarrassment for the Empire. Relations were thereafter very tense. In 1899, the British issued an ultimatum demanding the Transvaal repeal all legislation restricting the rights of foreigners and that they cease importing weapons from Germany. The Boers demanded that the British remove the high concentration of troops on their borders.

The Boers, realizing a British invasion was imminent, preempted the initiative. As the Boers were advancing to their preemptive attack on the British at Mafeking, a cavalry detachment led by Koos de la Rey intercepted a British armored train headed to that city. De la Rey’s cavalry captured its cargo of guns, munitions, and supplies, and tore up the tracks in its front. Neither de la Rey nor most of the Boers wanted war, but war it would be from 1899 to 1902.

Besides the demand for English political franchise in the Transvaal Republic, the British fought for mine owners and mining interests, tax revenues, and avenging the humiliation of Majuba, but ultimately and most importantly their motive was the growth, dominance, and stability of the British Empire.

The Afrikaners (Boers) simply fought for independence, the right of self-determination. The British military strategy was to overwhelm the Afrikaners with vast numbers of well-equipped and well-supplied troops and to devastate the Afrikaner economy with a scorched earth policy designed to undermine civilian as well as military support for the war. The British employed not only a vast number of troops (448,000 by 1902), but some of their best trained and most highly esteemed and decorated regiments, such as the Gordon Highlanders. Churchill, who was a news correspondent in South Africa during the war, called the Gordons “the best regiment in the British Army, probably the best regiment that ever was.” The number of British troops involved was almost equal to the total Boer population of the two republics. Against some of the most elite troops of the British Empire and outnumbered more than five to one, rode almost every Boer man from 16 to 60 and over that could mount a horse and fire a weapon. Despite their overwhelming advantage in numbers and equipment, the British also followed a deliberate policy of economic warfare against the civilian population, killing livestock, burning crops, and barns. They also interned many civilians in concentration camps.

The Boer strategy was to make things so painful and frustrating to the British that they would quit the field. In this hope they had the encouragement that not all in Britain and the British Parliament supported the war.

Although the British were ultimately victorious with many of their regiments distinguishing themselves for valor, they paid an appalling price, more than 21,000 dead from all causes. The Boers, outnumbered better than five to one, gave such an astonishing and formidable account of themselves in tactics, dogged determination, ingenuity, loyalty, endurance, courage, leadership, and Christian nobility that they should rank among history’s most admired combatants in defense of liberty.. The Boers lost about 4,000 men in combat, but the total number of deaths has never been accurately determined. Very probably the Boers inflicted military casualties against the British in a ratio of about two to one despite being considerably outnumbered and less well supplied.

The Boers, however, suffered a great many indirect civilian casualties during the war due to the British scorched earth policy and the British use of concentration camps. The British had no motive but confinement for these camps and no intent to inflict casualties, but nevertheless, according to Afrikaner sources, approximately 20-25,000 people including about 3,000 blacks perished in the camps due to unsanitary conditions, sickness, inadequate diet, exposure, and limited medical care. More than 80 percent of the total were children.

The death rate in the camps was greatly reduced toward the end of the war because of public protest in Britain and influential members of the Liberal Party. In general, the Liberal MPs in the British Parliament were opposed to the war, while most of the so-called conservative Tories were persuaded to support it for Empire, gold, or the rationalized franchise issue.

Most of Part 2 of this series will pay tribute to one of greatest of the Boer generals, Jacobus Herculaas (“Koos”) de la Rey. De la Rey was a respected member of the Boer parliament, but he had no formal military education. His brilliant cavalry tactics have been compared to Confederate Cavalry leader Nathan Bedford Forest, and his remarkable ability to command incredible and unwavering loyalty by the sheer nobility of his character has been compared to Robert E. Lee.

Often our readers have comments they wish to make in response to commentaries in The Tribune Papers.
We welcome such response.
Please e-mail them to
editor@thetribunepapers.com

ABOUT THE AUTHOR   –  Mike Scruggs, Author and Columnist

Mike Scruggs is the author of two books: The Un-Civil War: Shattering the Historical Myths; and Lessons from the Vietnam War: Truths the Media Never Told You, and over 600 articles on military history, national security, intelligent design, genealogical genetics, immigration, current political affairs, Islam, and the Middle East.

He holds a BS degree from the University of Georgia and an MBA from Stanford University. A former USAF intelligence officer and Air Commando, he is a decorated combat veteran of the Vietnam War, and holds the Distinguished Flying Cross, Purple Heart, and Air Medal. He is a retired First Vice President for a major national financial services firm and former Chairman of the Board of a classical Christian school. 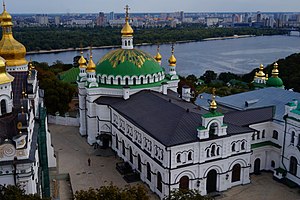 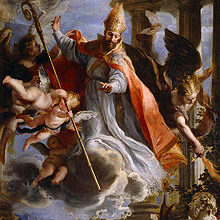