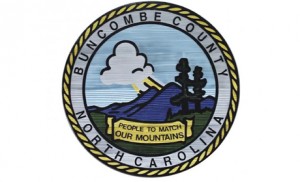 By Leslee Kulba- Buncombe County Commissioner Mike Fryar proposed taking $500,000 in funds the county had earmarked for the Asheville Art Museum, and using it on a firing range. The money would be a dollar-for-dollar match for a grant the North Carolina Wildlife Resources Commission could make available.

Fryar said there were 11,000 people in the county with concealed carry permits and another subset of the population 2000 carried pistols. No permits were required for rifles. The county was building a firing range for sheriff’s deputies, but members of the general public wouldn’t be able to use that facility. Fryar said shooting was a form of recreation, and governments fund all sorts of recreational activities as human needs.

The art museum was targeted as the source of diverted funds because, said Fryar, they have failed to make “significant progress” in their renovation plans. Fryar and others, namely former Mayor Ken Michalove, have lodged that the museum is mismanaged and a huge money pit for public funds.

In an earlier agenda item, the commissioners had heard a request from the AAM for $2,175,000, for capital improvement projects and related soft costs “to increase capacity and serve a diverse audience and generate economic impact.” The museum is currently involved in a fundraising campaign with a goal of $24 million.

Fryar reminded the public how the art museum has asked the commissioners and Asheville City Council for large sums on a recurring basis. He said if the commissioners had said “no” early on, the museum would have gone bankrupt, like businesses do. He said the Grove Park Inn and Biltmore House aren’t going bankrupt, and they’re not asking the commissioners for any money. The two privately-owned tourist attractions create jobs and engage in economic activities with multipliers.

As an aside, he said taxes are paid on $29.5 billion-worth of property in Buncombe. $5.5 billion-worth of the county’s real estate is tax-exempt because it is owned by nonprofits. Mission Hospital accounts for $620 million of that total.

Fryar told of Cleveland County, which partnered with the NC Wildlife Commission to build a firing range. Cleveland matched a state grant for $2.2 million with $1 million, and now the facility brings in $1000-$1600 a day in revenue.

Anticipating opposition, Fryar reiterated, “Guns don’t kill people, people kill people.” That comment provoked an outburst in the chambers, causing Gantt to call for order. Continuing, Fryar said the epidemic of massacres in this country are perpetrated by people with mental illness, not law-abiding citizens who shoot for recreation.

Commissioner Ellen Frost presented the case against Fryar’s proposal. She said Google said there were four firing ranges in the county, so in the first place, she didn’t see a need for another. She further wanted to know, rhetorically, where the range would be located.

Assistant County Manager Jon Creighton confirmed that the county had spent almost two years trying to site a facility. All that was needed was 25-30 acres; but people even a mile away from proposed locations objected, fearing a stray bullet might hit one of their children as they played in the yard. He said in Woodfin, citizens were yelling at him and even Sheriff Van Duncan. Other prospects were rejected for failing a geotechnical survey and for potentially compromising trout habitat.

Frost said the proposal was absurd. She further complained there was no business plan, and asked why taxpayers should pay for a firing range. She said she liked horses, but she is not asking government to buy her stables. Picking up on the word “absurd,” Fryar snarked back at Frost saying she was the one who wanted people to build sheds for horses. He was referring the county’s animal ordinance that, had there not been vehement complaints from horse owners, would have done so.

Two citizens spoke during public comment. Fremont Brown, a staunch defender of the Second Amendment, had to backtrack somewhat to rebut. He said one of the four Googled rifle ranges, Rex’s, was actually in Henderson County, and none of the other three were long enough for anybody to train with a rifle. The Second Amendment, like so much of the US Constitution, is designed to protect the rights of all citizens, and not just bullies and those with political pull.

Speaking of political demands to infringe the inalienable and Constitutionally-reinforced right of citizens to protect themselves with firepower, he mentioned a few blunt-force weapons and said more people die by being hit with a baseball bat than from bullets. It is the criminal and the insane who perpetrate mass murder that won’t follow laws regardless of how many are passed; and not properly permitted, law-abiding citizens trying to protect their families.

Going back to fundamentals, he reviewed how “idiots” will always be among us and said the right to keep and bear was essential because, “We can’t carry a cop on our back everywhere we go.”

Susan Dupree followed. She apologized for her previous outburst. Then, she said she used to live in Orlando and has LGBTQ family members there, so she had been traumatized the last couple of weeks by the recent massacre. Guns, she said, enable slaughter en masse.

Most commissioners who spoke after her comments agreed the timing was bad. Holly Jones censured the lack of sensitivity with sternness. She said hundreds of Ashevillians had gathered to mourn the victims of the Orlando shooting, and they had not yet had time to heal. She then apologized to the public, saying, “I’m sorry for that pain and angst that has been put upon you,” by Fryar’s proposal.

In the end, the measure was defeated with the usual vote along party lines. Only Fryar, Joe Belcher, and Tim Moffit voted in favor. Since the Democrats have a 4-3 majority, it is a safe bet any proposal reinforcing Republican talking points will do no more than raise awareness or score political points. Fryar, who is now seeking a second term, said the ordinance was intended to follow up on constituent interest. 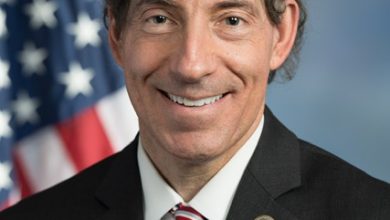 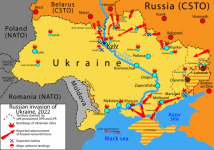 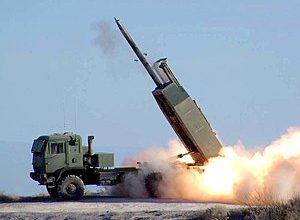