Companies and people in the Asheville area and across the South are now able to have all of their professional video and photo needs created and maintained on social media by one company. The company, Brother Blue Studio, opens its doors this month.

On May 1st 2005, Stephen suffered a head injury and thankfully woke up from his coma thirteen days later. His uplifting story made the cover of the Asheville Citizen-Times, and that marked the start of his road to overcoming nearly impossible challenges and coming out a stronger person. After waking up, Stephen no longer desired to be a lawyer. He set his eyes on a craft he soon fell in love with; creating pictures. Whether they’re moving or still, he was determined to make them. It took a tremendous effort and years of persistence to overcome those troubles which directed him to be the person he is today. From that experience, he realized that nothing would ever come easy, and he had to work harder and longer to make his dream become a reality. Then, it was time to apply to colleges, and he received two full rides to well-known mechanical engineering schools. Stephen had no desire to be an engineer. He wanted to make motion pictures. After most ﬁlm schools had stopped accepting applications, he applied and was accepted to the Savannah College of Art and Design. Freshman year, he started working on ﬁlm sets every weekend and never stopped.

At 19, he produced an award-winning short ﬁlm. At 20, he worked as Client Management on Dierks Bentley’s music video “5-1-5-0.” At 21, he worked in Los Angeles, was up for two “Best Narrative Film” awards, and he was offered a job to produce television for a well-known company in Los Angeles. Even though the job offer was “an offer that ﬁlm students dream of getting,” Los Angeles was never home to him; Asheville was. He had this idea that if he learned how successful production companies operate by working for them and studying how they function, he would be able to create a company that encompassed all of their positive elements without any of their ﬂaws. After being the Unit Production Manager on his ﬁrst feature ﬁlm and working for companies like Bose, The VIA Agency, VISA and the NFL, it was time for him to come home and start his dream company, Brother Blue Studio. Stephen meticulously studied every company he worked with and used those conglomerated observations as the foundation for operations at Brother Blue Studio.

After vanquishing many strenuous obstacles, Stephen has reached a point where he can accomplish his biggest life goal; founding his dream company. Whether it’s a business like Bose, a local band or promotional material for a nonproﬁt, Brother Blue Studio will work with everyone. Stephen made it a point for his company to never embody any kind of exclusivity or bias toward any client. He places a tremendous value on helping the community. Brother Blue Studio will assist any person, nonproﬁt or local company that is working to improve and enrich the Asheville community. Stephen has taken and continues to take precautionary steps to avoid certain destructive elements that hinder a production company and social media business. With Stephen’s work ethic, his evolved business structure and his personal values, he is proud to announce Brother Blue Studio’s opening.

Brother Blue Studio is a videography and photography studio that manages the motion pictures and stills they create on all of their client’s social media. The company focuses on innovation and evolving with the cutting edge of technology. They utilize their foundation in Hollywood-style ﬁlmmaking to push the creative limits and craft powerful media. Their mission is to deliver visually-stimulating work that highlights strengths and delivers a powerful message. Having the best possible service and end-product is what clients can expect when working with Brother Blue Studio, and their name will always be their quality guarantee.

Stephen’s dream company, Brother Blue Studio, is founded on four principles: to always work the hardest to create the best, to turn ideas into actions, to improve the local community and to evolve at all times. 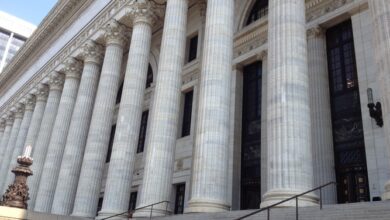 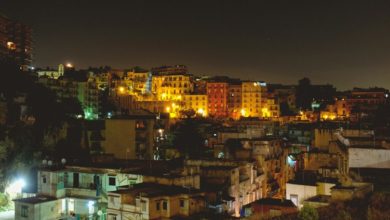