Cole Cleary dodges through the Greenies defense for the first of his two long TD receptions Friday.

By Pete Zamplas- Hendersonville Bearcats are evolving into the “Aircats” with aerial wizardry, winning their fourth in a row convincingly 33-7 at home Friday over Christ School and its huge offensive line.

The Bearcats (4-1) won the last three by an average score of 37-13. On Friday, their passing combination of Michael Schmidt to Cole Cleary clicked for TD plays of 59 and 84 yards. The first one made the score 12-0 10 ticks of the clock before halftime.

Each star accounted for another TD. Schmidt found Michael Cook in a Michael-to-Michael 46-yard play, to open scoring in the second quarter. Cook dazzled the crowd with zig-zagging moves to elude a handful of Greenies.

Cleary’s TD catches were also glittering gems of post-catch moves and breaking tackles. He faked out several Greenies on the first scoring catch, and covered 60 yards after the second one. Cleary, the former QB healing from a pinkhy injury, scored three TDs including on an 18-yard keeper up the gut as “wildcat” snap taker in the “red zone.” The two-way star made an interception.

Lead back Terrold Gary ran a yard for the other score for head coach Eric Gash’s crew.

Friday seemed a deja vu for the HHS-East Henderson rivalry as two former East linemen are Greenies stars, still clad in green and white but now for the all-boys Christian academy in Arden. They are tackle Austin “Tiny” Cooke who is 6-foot-5 and weighs 300 and 6-4, 286 guard Walker Lanning. Both got an extra year of eligibility, after transferring to the private school in just before last season.

Red-clad HHS counters with a former Eagle of its own in standout linebacker Trey McClure. He chuckled at the thought the game was an “Eagle reunion.” He made several crunching stops among his team-best eight solo tackles Friday. HHS recovered a fumble to squelch a long Greenies drive in the opening quarter. 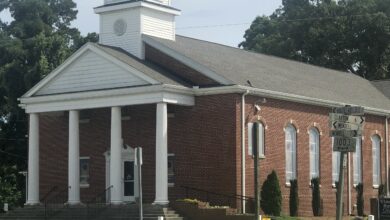 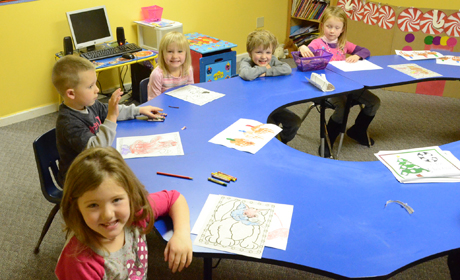 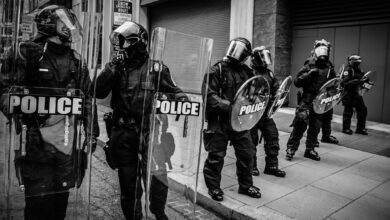